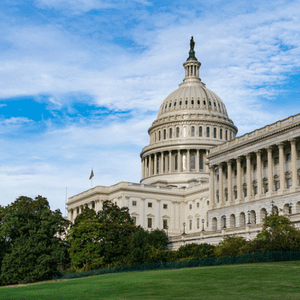 In December 2019, funding legislation was approved by Congress and signed by President Trump. In addition to approving federal spending for 2020, the bill also repealed the Cadillac Tax and extended PCORI – which are important for employers. Learn more below about these new details regarding healthcare benefits.

Officially known as the Affordable Care Act’s high-cost plan tax (HCPT), the Cadillac Tax was passed by Congress in 2015. However, the Cadillac Tax was disliked by both major parties, labor unions, and other benefits organizations, and was never implemented. President Obama immediately imposed a two-year delay on the start of the act from 2018 to 2020; it was later pushed back to 2022. The tax had three goals:

The move to repeal the unpopular tax began in July 2019, with the “Middle Class Health Benefits Tax Repeal Act of 2019.” The bill had over 350 sponsors and passed with 419 lawmakers voting yes. Many organizations, including the Employer’s Council on Flexible Compensation (ECFC) and the Society for Human Resource Management (SHRM), backed the repeal legislation.

A major concern was that the tax would cause employers to reduce health benefits or burden workers with an increase in cost-sharing. There were also worries that it would unfairly target high-cost health plans that covered people in poor health or people living in areas where health costs are high.

Had it gone into effect, The Cadillac Tax would require coverage providers to pay a 40 percent excise tax levied on “excess benefits,” or the value of health insurance benefits surpassing $10,200 for individuals and $27,500 for families in 2022. The tax applied to current and retired employees for “any applicable employer-sponsored coverage,” including Flexible Spending Accounts (FSAs) and Health Savings Accounts (HSAs).

Funding for the Patient Centered Outcomes Research Institute (PCORI) was also extended with the federal spending bill. PCORI fees were set to expire after July 2019, but have been approved for 10 years through 2029. The organization sponsors comparative research for patients and caregivers so they can make better healthcare decisions.

According to PCORI, “We seek to fund useful research likely to change practice and improve patient outcomes. We focus on sharing those results with the public. And we work to influence research funded by others to become more useful to patients and other healthcare decision makers.”

What Types of Healthcare Plans are Subject to PCORI?

Most plans that provide accident and health coverage or major medical insurance coverage are required to pay the fee. Other types of plans include retiree-only medical coverage, state and local government healthcare plans, and COBRA. Health Reimbursement Arrangement (HRA) and FSA plans are also subject to the fee, unless the arrangement qualifies as an excepted benefit.

There are some exemptions, though. Plans not subject to the fee include Medicare, stand-alone dental and vision plans, coverage for employees working overseas, and disability, among others.

Paying and Reporting the PCORI Fee